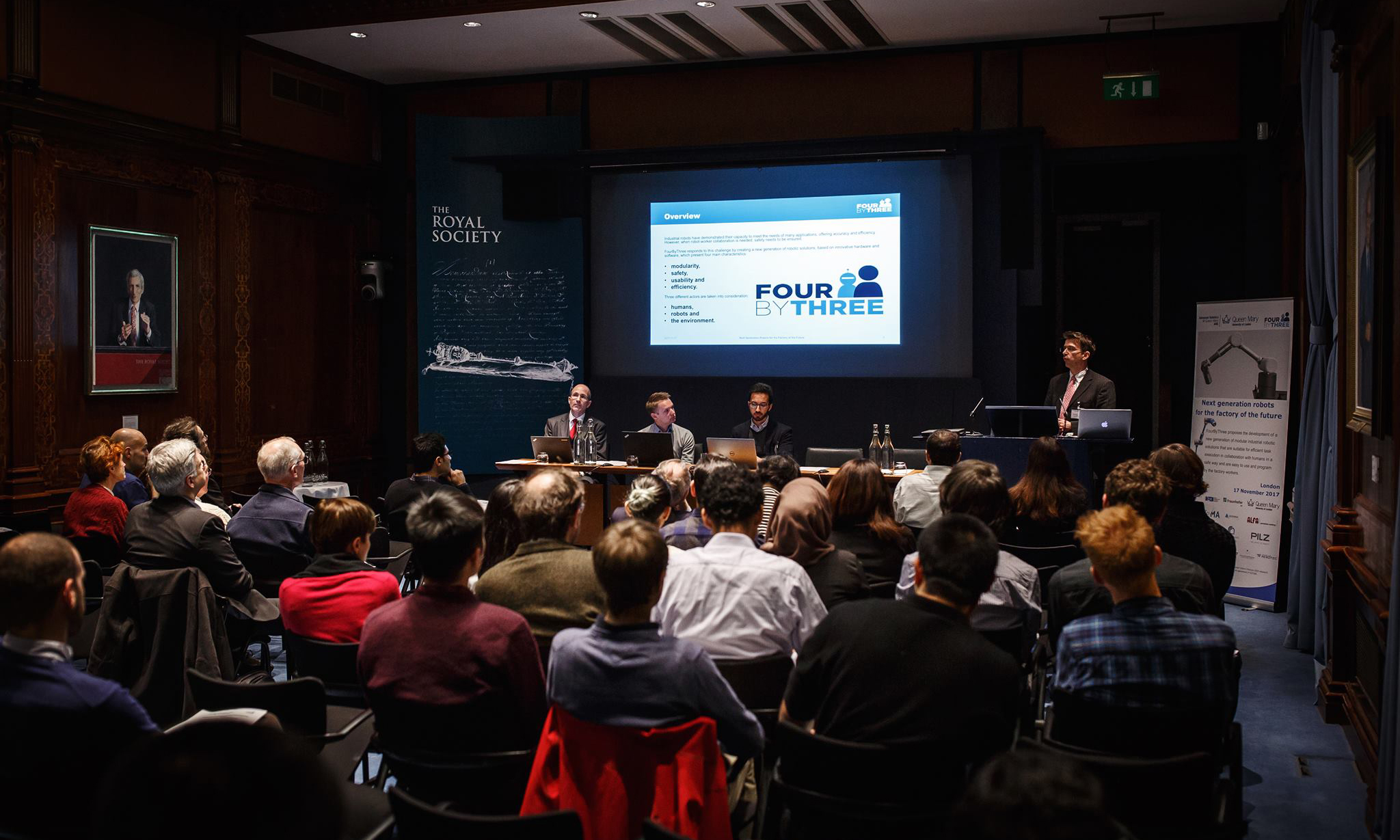 To mark the completion of the FourByThree project, Queen Mary University London organised an event entitled “Next Generation Robots for the Factory of the Future” that attracted an audience of 100 participants and took place in the Royal Society, London on the 17th of November.

This workshop presented the robotic advancements and scientific results achieved during FourByThree project. In addition, future trends in robotics and collaborative robotics were discussed. The next steps of the project (exploitation strategy) were also presented. In addition, as the event targeted both academia and industry, discussions on possible future collaborations were held.

The workshop was divided in two subsequtent sessions. The first session, entitled “FourByThree: New Frontiers in Human-Robot Collaboration for the Manufacturing Environment” was devoted to achievements of the project and presented by FourByThree project partners – QMUL, KCL, DFKI and IFF. In addition the second session, “Human-Robot Interaction: Advancing Beyond the Horizon”, consisted of invited talks from industries (Shadow Robot, OCADO Technologies) and academia (Imperial College, Royal College of Arts).

dissemination, end of project, queen mary university london
⇐ How STODT is helping SMEs by means of the FourByThree project
FourByThree successfully reaches end of project ⇒
© 2022 FourByThree
Powered by IK4-TEKNIKER
This website uses cookies to improve your experience. We'll assume you're ok with this, but you can opt-out if you wish.Accept Read More
Privacy & Cookies Policy