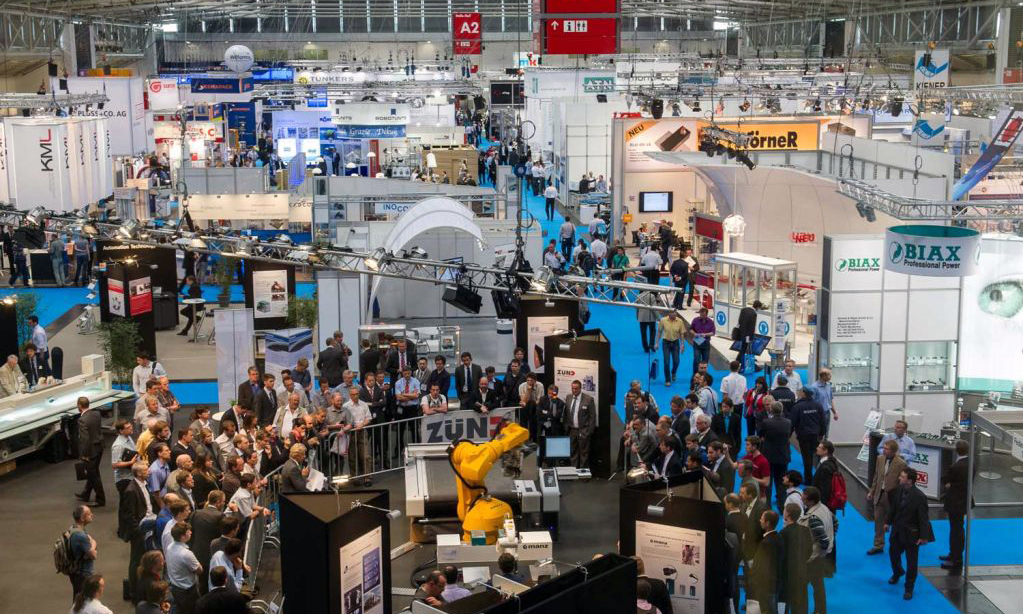 Several FourByThree partners will be present at Automatica, Trade Fair for Automation and Mechatronics, which will take place in Munich (Germany), from June 21 to June 24, 2016. Integrated assembly solutions, machine vision, industrial robotics and professional service robotics are some of the key concepts in this years’ edition, together with Industry 4.0.

Project partner ZeMA has devoted its exhibition to the concept of flexible and requirement-oriented automation. The automation of assembly processes in special purpose machinery is very difficult and subject to technical and economic risks, due to small batch size and high amount of variants. Complexity is so high in many cases, that automation is inapplicable.

The flexible and requirement-oriented automation approach that ZeMA has researched and implemented in the welding process (among others), combines the skills of both the worker and the robot by human-robot cooperation (HRC). The idea is to support the worker during the manufacturing processes with a HRC robot system which enables to reduce the cycle time and achieve an improvement of the quality. A demonstrator of a semi-automated robot welding system using human-robot-cooperation will be shown by ZeMA at AUTOMATICA in collaboration with a shared stand of MHI (Wissenschaftliche Gesellschaft für Montage, Handhabung und Industrierobotik).

automatica, demonstration, fair, munich, prototype, ZeMA
⇐ FourByThree at the Machining Tool Biennial (BIEMH, Bilbao), PILZ
Aerospace Manufacturing on Board with Robots ⇒
© 2022 FourByThree
Powered by IK4-TEKNIKER
This website uses cookies to improve your experience. We'll assume you're ok with this, but you can opt-out if you wish.Accept Read More
Privacy & Cookies Policy