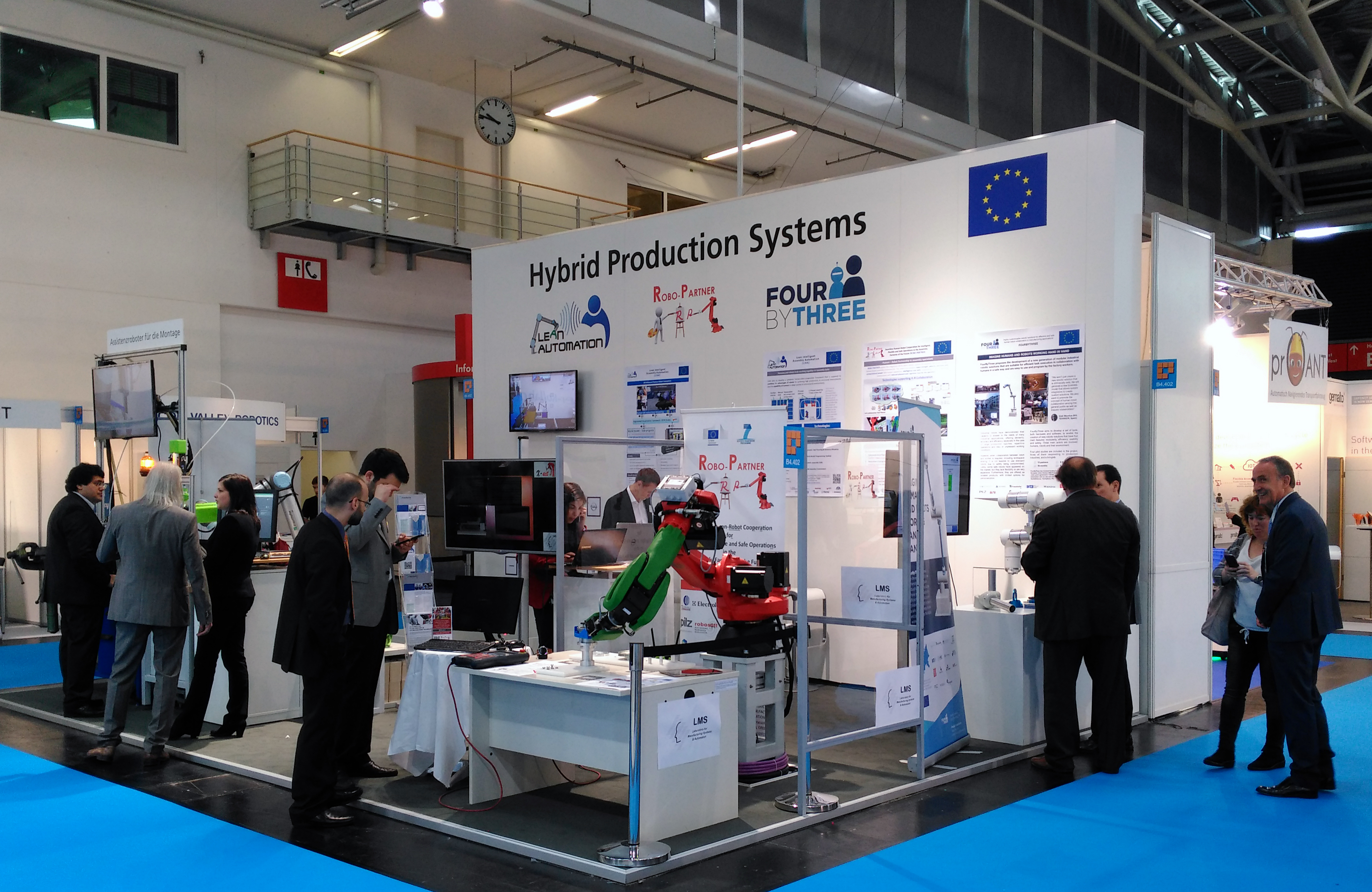 The last few months have been quite busy for FourByThree, since we have attended three important events in the industrial sector: Technishow (Utrecht, The Netherlands, March 15-18), BIEMH (Bilbao, Spain, May 30-June 4) and Automatica (Munich, Germany, June 21-24). In the three of them we’ve had many conversations with people working for industrial companies, robotic companies or research institutions, among others.

In the case of Technishow (in collaboration with STODT) and BIEMH (IK4-TEKNIKER) we organized demonstrations where attentants had the opportunity to work with a robot in a collaborative way, performing different tasks: pointing, collaboration and manual guidance. Participants then gave us feedback by answering a questionnaire. Although data is still being processed, the first results seem to be very positive. In the BIEMH, project partner PILZ also organized a seminar on human-robot collaboration, with the participation of Universal Robots and FourByThree. All seats were booked before the event, another sign of the increasing interest in collaborative robots.

In Automatica, FourByThree was present in different stands, since several project partners had their own booth. The “official” booth was shared with two European projects on collaborative robotics, RoboPartner and and Liaa. The first hardware kit and a 5 DoF robotic arm created out of these modular components were available for visitors to see and touch. The modularity of the proposed robotic solution generated much interest among visitors, who wanted to learn more about the robot’s payload, configuration options, safety systems, as well as the scenarios where it’s being tested.

In conclusion, the fairs are a very relevant showcase for FourByThree, as well as a great source of information for the project.

automatica, automatica 2016, BIEMH, fairs, technishow
⇐ Mechanical Design and Analysis of the Novel 6-DOF Variable Stiffness Robot Arm
A proposed unified framework for the recognition of human activity by exploiting the characteristics of action dynamics ⇒
© 2022 FourByThree
Powered by IK4-TEKNIKER
This website uses cookies to improve your experience. We'll assume you're ok with this, but you can opt-out if you wish.Accept Read More
Privacy & Cookies Policy