How do you really feel about cobots in packaging? 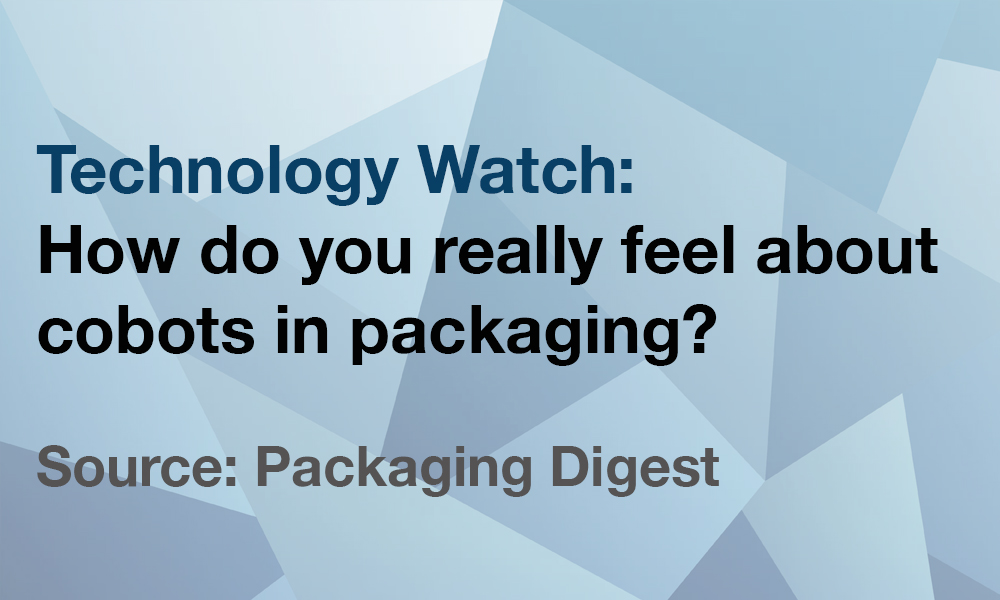 The anonymous nature of our packaging poll about collaborative robots elicited some interesting feedback such as the news that more than 25% of respondents were either using cobots or would in 2016.

Given the on-going politicking surrounding the presidential race in the U.S. these past months, Packaging Digest held a primary of sorts when we released the preliminary results of the first question in our short online poll about collaborative robots that ran through the month of February.

We reported on the early poll returns of that first question, “Are you familiar with collaborative robots, or cobots?” on February 22. That article noted that 60% of the respondents to that point were unfamiliar with cobots, a result that I found surprising, though I did not find it surprising when that percent held steady in the days that followed until we closed the poll by March 1. However, with the votes finalized a fresh surprise was in store as I analyzed another key area we probed: More than one-fourth (27%) were already using cobots in their packaging operations or plan to in 2016 as shown in the above chart. While far from scientific, that figure should portend the promise and potential for the expansion of this kind of robotic automation into packaging operations.

What I consider the most interesting answers were prompted by this open-ended question: How do you feel about cobots?

What we sought was poll-takers’ personal, yet professionally grounded opinion apart from any company or corporate influence. Here is an exemplary sampling of those responses:

“As a student studying the industry, I see a big need for these robots not only on the flexibility side for small to medium sized business owners, but also including the safety side [in assisting] maintenance and operation personnel.”

A number of the responses were ambiguous, expressing uncertainty over the use and application of cobots, such as “they seem like a good idea as long as they don’t replace workers.” That middle ground with a caveat was echoed by another who wrote, “Neutral until I know more,” and another who indicated “interesting concept, but are unproven for this application.”  I wish I knew the application.

Another pointed out the shortcoming of cobots: “they are not quite there yet as far as speed and payload goes.”

Another wrote this: “I need to learn more about the applications for which they are most appropriate. I am very familiar with traditional robots and where they fit. I am much less aware of the fit for cobots.”

Wrote another: “Interesting technology, but limited to speeds and unit load heights for palletizing. For customers that want to palletize and have limited space with slow applications, a cobot can only do 50-55-inch unit loads due to reach. But the product is in its infancy and I’m sure larger cobots will surface in the future.”

Well, that future may be now: Fanuc recently introduced the CR-35iA Collaborative Robot, which has a 35kg/77lb payload and a reach of 1813mm or just more than 70 inches.

Another’s response: “[cobots are the] natural next step from traditional industrial robots.” I find the word “natural” rather ironic, but maybe that’s just me.

“It depends on whether they cost more than they save, including the people power needed to program and supervise them,” observed another.

This person was pretty definitive in saying that “They are the future of interactive manufacturing.” This editor has had several close encounters with cobots at tradeshows, one of the most recent being with ABB Robotics‘ YuMi at Pack Expo Las Vegas last fall.

Then there were several tongue-in-cheek responses to the way the question (How do you feel about cobots?) was worded, such as “warm and fuzzy” from one and another who claimed that “I am not particularly partial to them. But then, I am not a touchy feely kind of person.”

One responded “Compared to what?” and lastly, “Actually, I don’t know them…”

One respondent posed a question to our question: “How should we define cobots?”

I can help with that one via the Robotic Industries Assn. (RIA), which characterizes a cobot as “A robot designed for direct interaction with a human within a defined collaborative workspace.”

One of the most interesting if not valuable responses of the dozens of responses was this: “As a former student employee of WPI’s Autonomous Robotic Collaboration Lab, I’m biased. However, I must say I feel cobots are a big part of the future. Robots need to become comfortable with humans being around—and vice-versa—and FAST.”

applications, cobots, collaborative robots, industry, packaging, poll
⇐ ISO/TS 15066. New safety requirements for a new era of industrial robots
Collaborative robots are broadening their marketplaces ⇒
© 2022 FourByThree
Powered by IK4-TEKNIKER
This website uses cookies to improve your experience. We'll assume you're ok with this, but you can opt-out if you wish.Accept Read More
Privacy & Cookies Policy