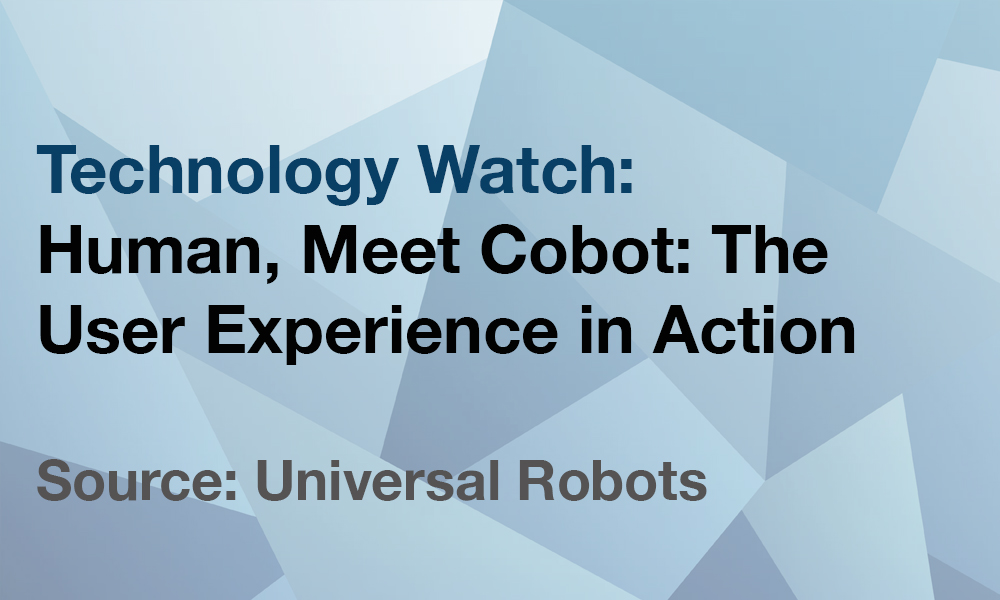 Collaborative robots (“cobots”) are being adopted at unprecedented rates, due in large part to their user-friendly design. This positive user experience is no fluke. It comes as a result of in-depth research and design and ongoing testing to explore how the robots are actually being used and how they can be continuously improved.

Maren Nelson Hadar is a user experience (UX) designer with Universal Robots (UR) whose job is to connect the company’s R&D work with what’s happening in the field so that new products and features meet users’ needs. Hadar visits UR customers to see first-hand how they interact with the robots. “It’s not enough to just hear about what they’re doing,” explains Hadar. “You need to watch people and the robots in action to understand what problems they face on a daily basis.”

Hadar tries to meet with several typical robot users on her site visits, including the production manager, robot operator, and programmer. “The most interesting thing about visiting these companies is how different they are and how differently they use our robots,” says Hadar. “When I go to a smaller company, for instance, the person who programs the robot is often the same person who operates it, so it’s important that programming is easy to access and use. Larger companies might have those people in separate roles. In that case, the programmer might want to lock down the program so that operators just need to be able to start and stop the robot.” 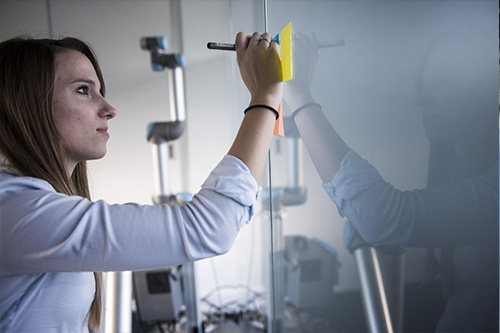 The user’s journey starts by unboxing the robot

Even though UR cobots are easy to use, they’re still sophisticated robots. Some users are novice programmers or operators who aren’t aware of all of the robot’s functionality. UR is always looking at ways to improve the entire user journey, from unboxing to programming, addressing different levels of expertise. While Hadar is onsite, she may be able to point out what users can do to address a particular situation. At other times, the challenges users face provide feedback for where UR can improve, such as with new training material, manual content, and help features. By teaching people how to use the robots in the right way and to their fullest capacity, that can circumvent many challenges that users might experience.

Hadar’s research could ultimately lead to changes in the graphical user interface (GUI) used to program the robots, or where connectors should be located on the robot itself—anything that can improve the user experience. “It’s interesting to see so many different contexts where the robots are being used, but that also makes it very challenging for us,” Hadar explains. “We have to understand all these different interactions, which means that different users will have a very different sense of satisfaction. We need to meet all those needs.”

One of the challenges Hadar faces is how to incorporate such a broad range of user experiences into recommendations for design. She examines her research to identify common thematic elements where needs overlap across a range of customer types and application. She’s looking for patterns in issues that can be solved and how to use those to define features. UX design can also pull users into the testing of new features to get their early feedback.

For example, early UR robots incorporated Modbus TCP for communications, but UR heard from users in different countries that they also wanted Ethernet/IP. Hadar reached out to users in the U.S. to find out exactly what features they needed and that information was used to inform the new communication protocol design. This was released as part of a beta program that allowed users to provide feedback during the development process. “With the final release, we knew it would work and that it would give users just what they needed the first time around,” Hadar states. 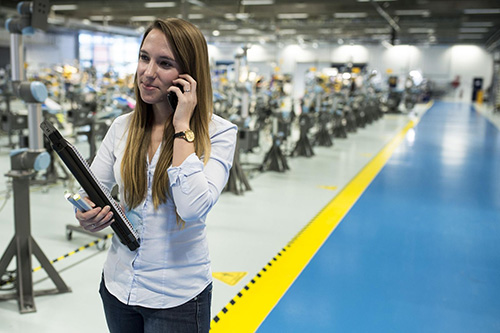 Scratching the surface of human-robot interaction

Hadar’s background is in design anthropology with an emphasis on human behavior and interactions with technology. She says robotics is a great field to be in, even for people who aren’t necessarily engineers. “People need robots,” Hadar says, “and not just for manufacturing. We’ve just begun to scratch the surface of how useful robots can be, but we need them to be easy to use. We need to design them in a way that people feel like they can use the robot on a personal level and trust it. That’s the perfect situation for me to be in because I can help bring that to the table.”

Universal Robots is a great place for a UX designer. As Hadar says: “UR is a global company with robots in many countries, and with many different types of users. Part of my job is figuring out how we stay true to our name and create these “universal robots” that everybody in every market will want to use and will find useful. That’s the exciting challenge.”