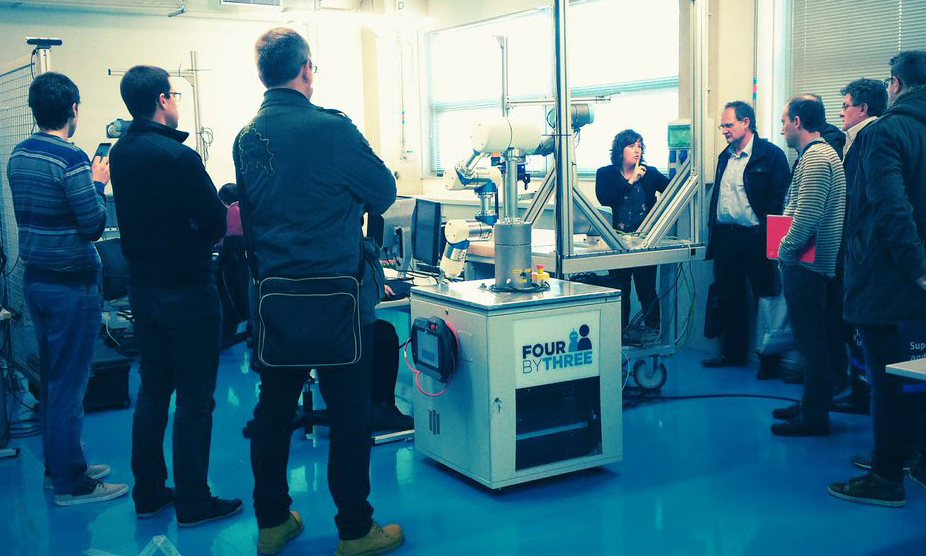 IK4-TEKNIKER hosted a workshop on collaborative robotics for industrial settings on March 9. The workshop received a very positive answer from local companies, and it was fully booked in advance.

Apart from FourByThree and some other European projects on collaborative robotics, three companies were present in the workshop: Universal Robots, Sick and Schunk. The companies brought different demonstrators, which attracted much atention.

During the workshop, a questionnaire was used to gather participants’ views on collaborative robotics. These are some of the most relevant results regarding FourByThree. A total of 51 answers were gathered, among which 15 respondents were already using cobots in their companies.

Among the respondents that were already using cobots:

IK4-tekniker, industry, insights, workshop
⇐ Do robots take sugar? Collaborative robots at Ford
The manufacturability problems of service robot designs ⇒
© 2020 FourByThree
Powered by IK4-TEKNIKER
This website uses cookies to improve your experience. We'll assume you're ok with this, but you can opt-out if you wish.Accept Read More
Privacy & Cookies Policy