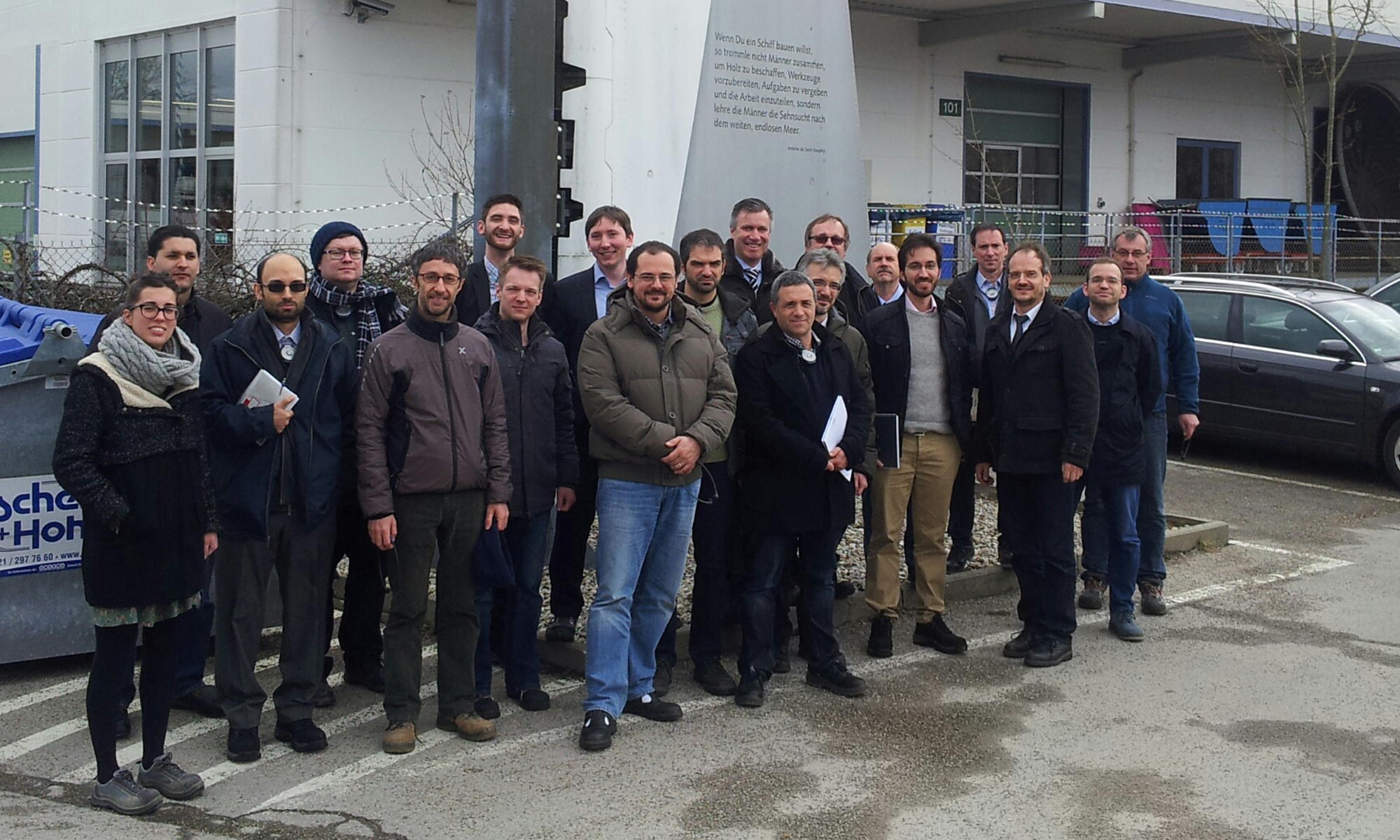 Last week, members of the FourByThree consortium visited Germany to learn more about the German organizations taking part in the project and to analyze two of its scenarios: Woll and Premium Aerotec. The visit started at Woll’s facilities in Saarbrücken, where complex welding processes were displayed. The tour included a demonstration with a preexisting robot, which gave way to many technical debates regarding FourByThree’s contribution to this kind of scenario.

The group then moved to ZeMA’s nearby facilities. ZeMA is a leading center on the fields of mechatronics and automatisation, and their most relevant projects were covered during the tour. The last day of the visit was devoted to Premium Aerotec’s scenario. In its Augsburg headquarters, the group could learn first-hand about some of the most demanding, repetitive and unergonomic tasks involved in aircrafts’ big parts manufacturing, where human-robot collaboration will play a major role.