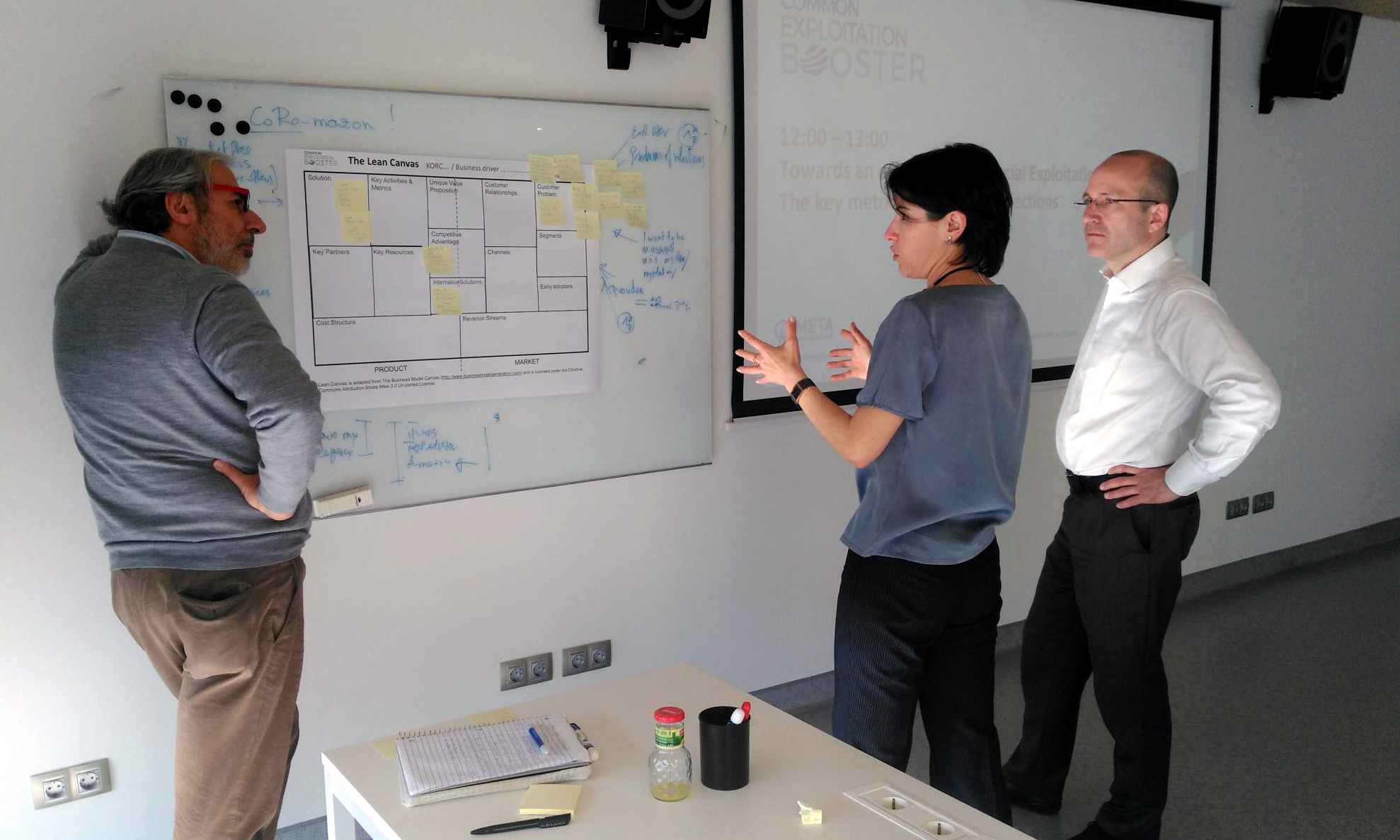 On February 21, members of the FourByThree consortium gathered for a seminar on Exploitation and Commercialization held at IK4-TEKNIKER’s facilities in Eibar, Basque Country, Spain. The workshop was facilitated by European expert Ana Maria Magri.

The proposed tool for guiding the process was the Lean Canvas, an adaptation of the standard Business Model Canvas by Ash Maurya. Participants split into three groups to discuss the main approaches to the market that have already been identified within the consortium: the FourByThree kit or set of hardware and software components, integrated CoBot systems for specific applications, and a marketplace that incorporates contributions from third parties.

The seminar succeeded in its goal to bring up and discuss each strategy, exchanging insights and defining the upcoming steps. Ana Maria Magri stated that the debate on exploitation is already mature within the project, and the remaining nine months seem like a reasonable timeframe to further define and implement the commercial exploitation strategy.