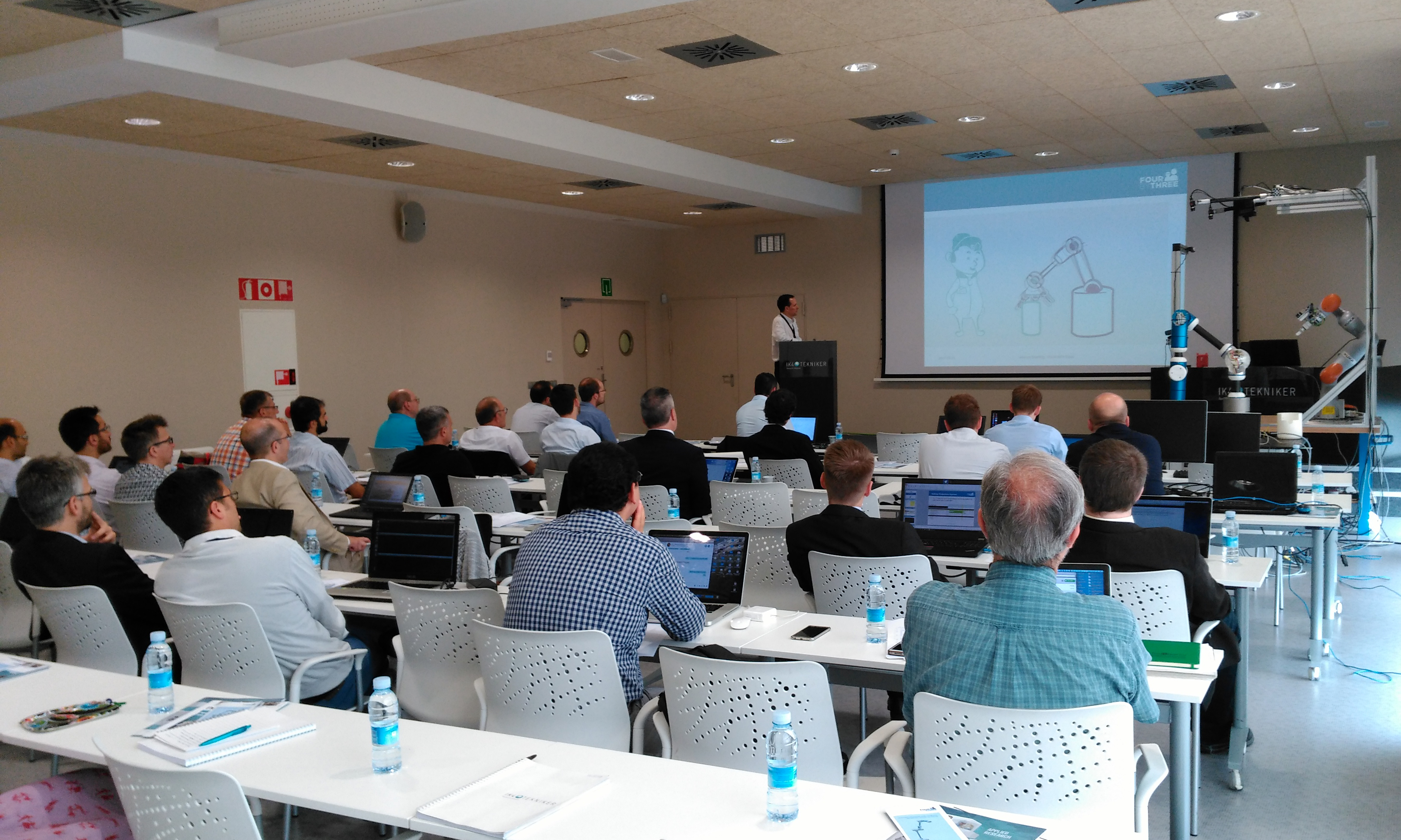 Instead of presenting each of the workpackages separatedly, the agenda was scheduled around the main areas of the project: modular design, actuators, programming framework, safety aspects, interaction, control and non-technical issues like the status of the four pilot scenarios, dissemination, exploitation and administration.

Current status and foreseen activities were discussed for each of the topics. The technical explanations were followed by a live demonstration with FourByThree’s hardware and software components. FourByThree’s most recent prototype, which has 6 degrees of freedom, was also officially presented at the review meeting. The meeting was attended by the project’s technical advisor, Mr. Sasa Jevtic, who congratulated the team on the work that has already been carried out and suggested some ideas for a successful exploitation strategy.

You can check our Twitter feed for more information on the meeting: @fourbythree_PRJ