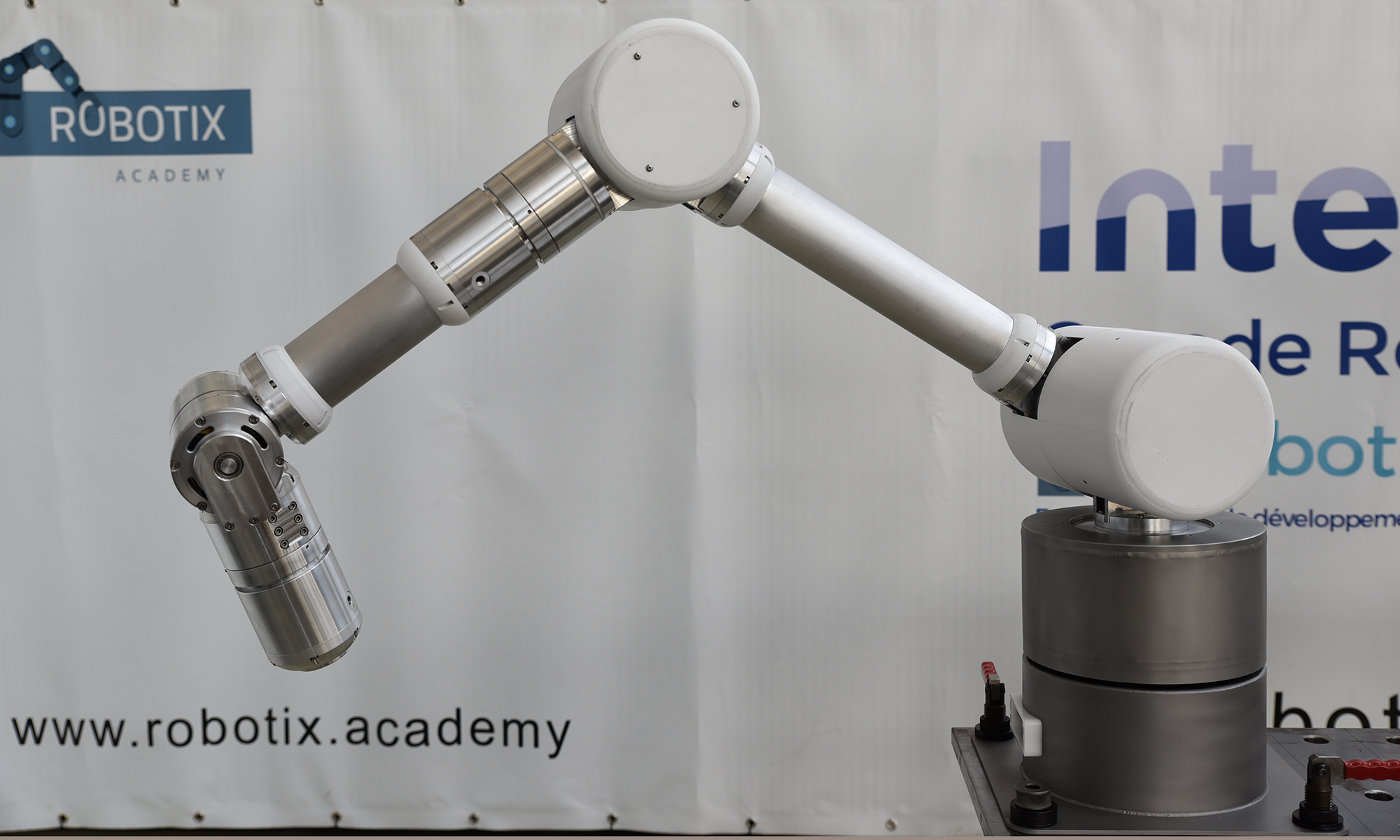 After the three initial prototypes, the first FourByThree robotic arm that will be used in the development of one of the four industrial cases is ready for deployment. In the coming weeks, the additional three will be available too.

The arm has been mounted in ZEMA and it is now at DFKI for final tuning. The robot will then be sent to Eibar where there will be an Integration Camp at IK4-TEKNIKER and will finally be implemented in the ALFA pilot.

In this pilot study all modular components (both hardware and software) will be used to create two different applications: collaborative part assembly and deburring. More information on implementation will be published soon.

cobot, collaborative robot, final prototype, fourbythree
⇐ Rise of the cobot (market analysis and forecast)
5 Takeaways from Automate 2017 ⇒
© 2022 FourByThree
Powered by IK4-TEKNIKER
This website uses cookies to improve your experience. We'll assume you're ok with this, but you can opt-out if you wish.Accept Read More
Privacy & Cookies Policy