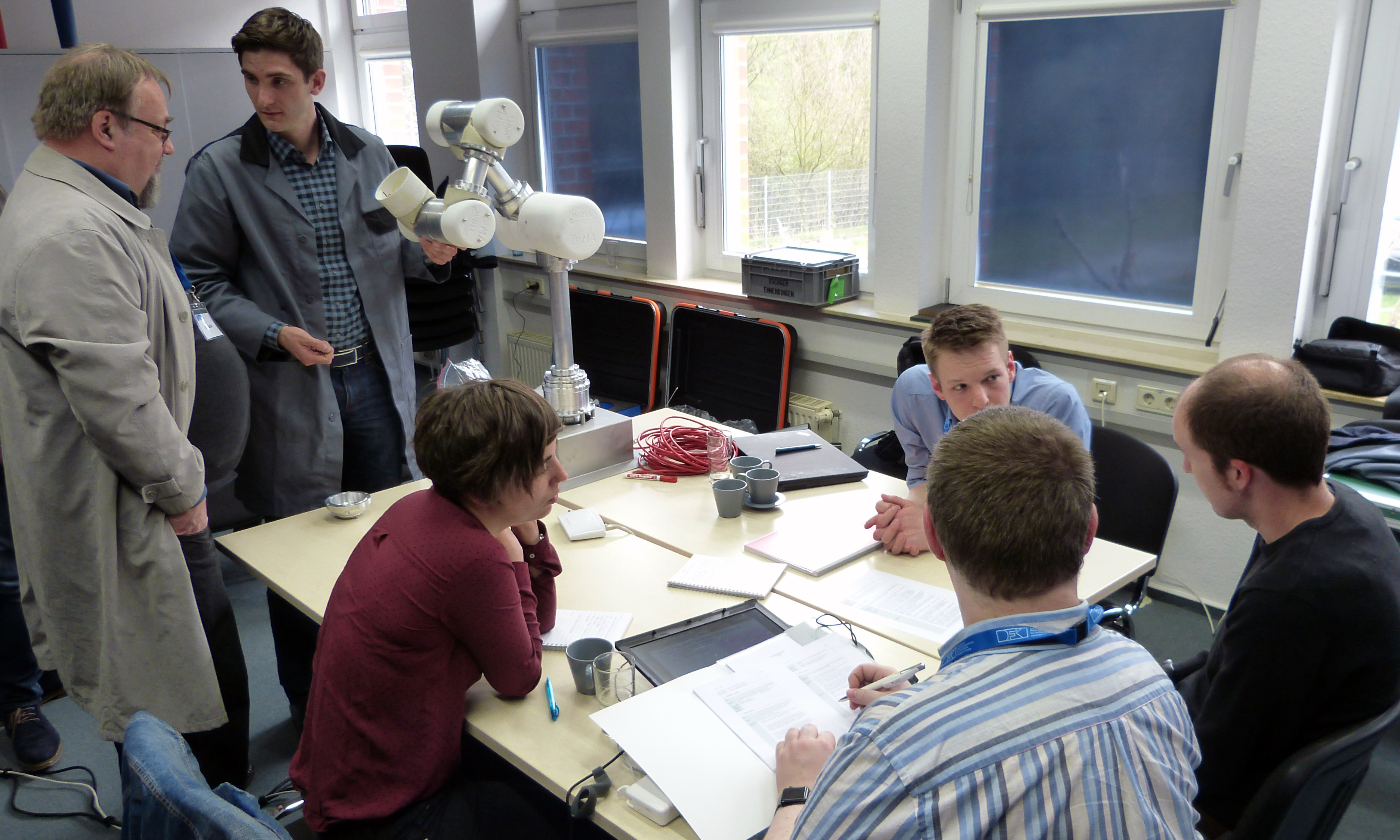 This process of assembly helped the team become familiar with the different features of the robot and enabled some deep technical discussions. Many ideas for improvement emerged and will be taken into account in the next prototypes. The workshop also allowed for a first assesment of the safety aspects of the robot, a task project partner PILZ is in charge of.

assembly, cobots, collaborative robots, DFKI, fourbythree, human-robot collaboration, plenary meeting
⇐ ISO/TS 15066:2016 takes a step closer to human-robot interaction
Future jobs: How humans and robots will complement each other ⇒
© 2022 FourByThree
Powered by IK4-TEKNIKER
This website uses cookies to improve your experience. We'll assume you're ok with this, but you can opt-out if you wish.Accept Read More
Privacy & Cookies Policy