User-defined gestures for controlling primitive motions of an end effector 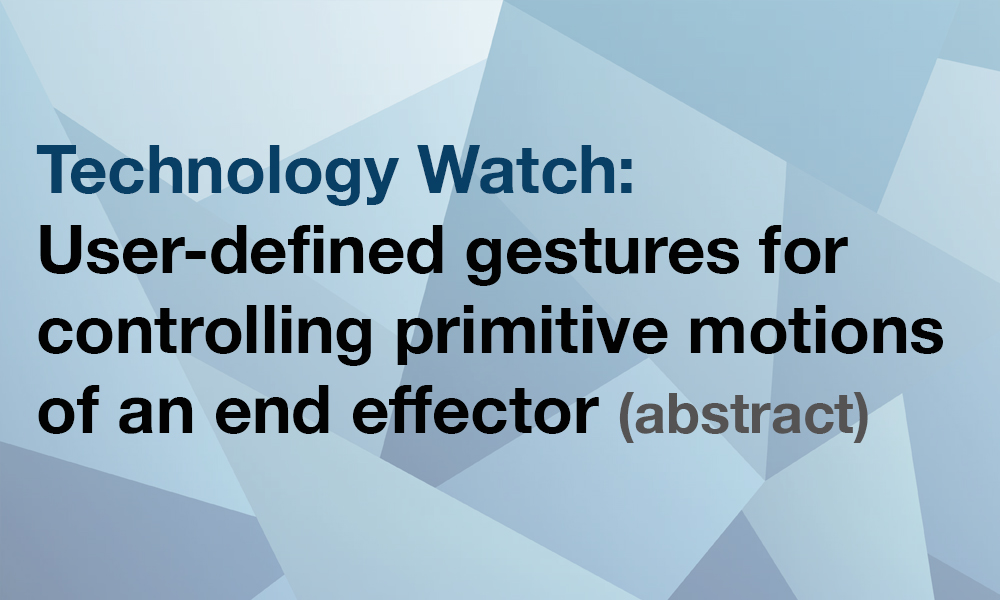 In designing and developing a gesture recognition system, it is crucial to know the characteristics of a gesture selected to control, for example, an end effector of a robot arm. We conducted an experiment to collect a set of user-defined gestures and investigate characteristics of the gestures for controlling primitive motions of an end effector in human–robot collaboration. We recorded 152 gestures from 19 volunteers by presenting virtual robotic arm movements to the participants, and then asked the participants to think about and perform gestures that would cause the motions. It was found that the hands were the parts of the body used most often for gesture articulation even when the participants were holding tools and objects with both hands: a number of participants used one- and two-handed gestures interchangeably, gestures were consistently performed by the participants across all pairs of reversible gestures, and the participants expected better recognition performance for gestures that were easy to think of and perform. These findings are expected to be useful as guidelines in creating a gesture set for controlling robotic arms according to natural user behaviors.

controlling, human-robot collaboration, human-robot communication, user-defined gestures
⇐ Why the new ISO/TS 15066 is important for the robotics industry
Collaborative Robots Working in Manufacturing ⇒
© 2022 FourByThree
Powered by IK4-TEKNIKER
This website uses cookies to improve your experience. We'll assume you're ok with this, but you can opt-out if you wish.Accept Read More
Privacy & Cookies Policy